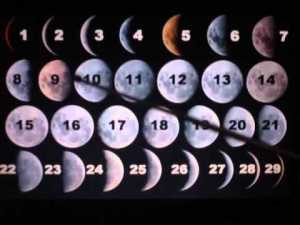 The Fiqh Council of North America after careful research, deliberations and discussion has adopted a new position regarding the determination of the beginning of the Islamic lunar months. This position is based primarily on the following Fiqhi premises:

Sighting the Hilal (ru’yah) is not an act of ‘ibadah in itself; it is rather a means to know with certainty about the beginning of the new month related to Islamic ‘Ibadat.

Ru’yah as a means was indicated and used by the Prophet Ðpeace be upon him- because he himself said that the Ummah at that time was not literate and did not know how to write or to calculate (complicated astronomical data).

There are now many Muslim astronomers who have been working for many years to develop a global lunar Islamic calendar. Fiqh Council particularly appreciates the efforts of its consultants Dr. Imad ad-Dean Ahmad, Dr. Khalid Shaukat,  Dr. Muhib Durrani and Dr. Ahmad Salamah.  Dr. Salah Soltan and Dr. Zulfiqar Ali Shah also presented scholarly papers to give thorough evidence from Fiqh Perspective that the use of calculations  is  not against the Sunnah of the Prophet Ðpeace be upon him.

The Fiqh Council of North America considered the following factors in making its decision:

Use of calculations in determining the Islamic dates is not against the Sunnah.  Sure astronomical methods are now available to provide a sound basis for the determination of the Islamic dates of Ramadan and the two Eids. Shari’ah is based on ease and considers the convenience of people.